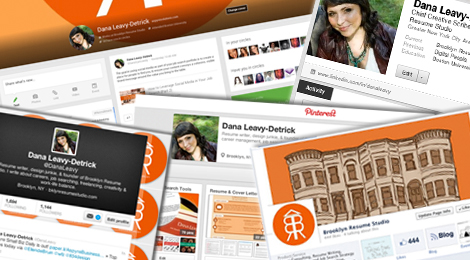 This post originally appeared on the Brooklyn Resume Studio blog.

Having spent more than a decade in recruiting and hiring, I get a lot of questions from a lot of folks as to why the hiring process takes so long, why hiring managers never respond to applications they don’t choose, and what happens to an application during the selection lifecycle.

In the modern technology age, we’re trained to set this unrealistic expectation that the information we seek should be made available to us immediately. But when it comes to HR and hiring, it’s a whole other ballgame, and unfortunately the lack of response and feedback after submitting a resume or attending an interview often leaves candidates in the dark, wondering “What did I do wrong?” Potentially nothing!
To avoid the stress that comes with job searching, it’s important to understand how HR works, and in doing so, as a candidate you’ll have a better scale of what the potential norm is when it comes to dealing with a lengthy hiring process. Hiring is a costly investment for a company, and they want to make sure they’re making the right decision so as to see plenty of return on that investment. After all, it costs 3 times as much to hire a new employee than it does to retain an existing one, and they don’t want the wrong candidate being fired or jumping ship after 1 month on the job.

Here I will attempt to walk you through my a hypothetical hiring situation starting from day one, so you can get a sense (from my own experience) just what happens in the dark underworld of human resources.

Wednesday, March 14: I have a stack of resumes. It’s my responsibility to phone interview these candidates who were referred or recommended to me internally before the job opening is even advertised or public knowledge. This includes internal referrals from other employees, internal employees who might be considered for a promotion, and candidates who may have come in previously to interview for another role, and even though there wasn’t a place for them at the time, somebody kept them on the radar for “future opportunities”. And here’s the future opportunity. I mightreally like someone from this group of “premier” candidates, but they won’t necessarily hire them right away.

Friday, March 16: I set up in-person interviews for next week with the early bird candidates who seemed to have good potential based on my phone conversation with them. Of course, there’s always that one person pressing their luck and asking to be interviewed the following week because they’re “out of town until Monday”. Fine…

Wednesday, March 21: I put the job description out to the general public via the company website, social media channels, and perhaps even a few job boards. I’m in the middle of interviewing my early bird candidates and still will be until early next week. My only concern is gathering a bunch of resumes from outside candidates. I start sorting through the 1000s of resumes that come in within the first 4 hours of posting. This is absolutely 100% a reality, so as the candidate, don’t wonder so much why your resume got lost in the shuffle. Eventually they will see it. Hang in there #438!

It’s important to note that at this stage, due to the volume of resumes that often come in after initially posting a job opening, recruiters are scanning through your resume at the speed of light, because I have 1000 other people to look at before week’s end, not to mention the other positions I’m currently trying to coordinate interviews for and fill. With this in mind, make sure your branding message is clear as water, and metaphorically smacks me right in the face so that I can’t miss it. In other words, don’t send a 4 page resume and expect me to read through the whole thing. Have a killer summary statement that opens up your resume, draws my interest, and compels me to keep scanning because you sound, at least initially, like a good fit. And repeat this information in the body of your email. Make sure your resume is optimized for readability, i.e. not too much information crammed on the page, sections are neatly defined, and each section speaks uniformly to your overall branding message.

Friday, March 23: File away the resumes that have strong potential, and eventually once you get through the plethora of submissions, email the candidates with the most potential to see what their deal is, and when they’re available to do a phone interview. And as the candidate, you better clear your schedule. Chances are the director, manager, or whomever is responsible for making the hiring decision on you only gave me 2 or 3 time slots that they’re available to review candidates within the next two weeks.

Monday, March 26: I start conducting initial phone interviews to pre-qualify candidates with strong potential, and who might be worthwhile putting in front of my boss, the hiring decision maker. Only the cream of the crop will be called in first, and if they’re not available, then I move on to the second-choice picks. This process usually takes several weeks. I’ve seen it take several months. As the candidate, don’t get discouraged if you’re still waiting on an invite to come in to interview; it could be on its way.

Wednesday, April 4: I setup the first round of in-person interviews, which is typically with either myself, someone who works under the hiring decision maker, or both. The second, and hopefully final round, will be with the decision maker themselves. I interview anywhere between 3 to 10 people. Once again, this is likely to take several weeks. And no doubt, some key player is out on vacation, so feedback will have to wait another week and a half until Johnny Junior Manager gets back from his engagement trip to Aruba. After all, we can’t proceed without the feedback and opinions of everyone on the team who will interface with this new hire.

Friday, April 27: Once I’ve completed the first-round interviews, and I have 2-3 candidates whom I feel are a sure shot, I setup a second or final interview with the hiring decision maker. Hopefully one of these candidates will end up being hired. Otherwise, I have to go back to the drawing board and see if there’s anyone else I liked whom I can pass through to the next round. Sometimes I have to start from scratch, since it’s typically been several weeks at this point, and many of my potential candidates have disappeared into the arms of another job opportunity.

Friday, May 11: In an ideal world, one of my first choice picks who moved on to round 2 of interviews impressed the hiring decision maker enough that she wants to extend an offer. But we’ll finagle a bit about the salary first. Because even though the candidate was upfront that she wants $60,000, and everyone involved in the hiring process was already aware of this, the decision maker decides she doesn’t want to go over $55,000. But she’s willing to offer a tiered bonus plan structure in place of that last $5000. Now I have to go back to the candidate and convey that, Congratulations! We want to hire you. BUT…

Hopefully they’re cool with it. Especially if they’re leaving another job.

Friday, May 18: After a week of going back and forth about the bonus structure, a deal is finally struck, and an offer letter goes out with all the details of the job offer.

So what can we deduct from this typical example (and of course, this is from my own experience and every company and situation will be different)? If you were in that initial early bird “premier” group of referred candidates, you just endured 2 months and 3 days between the time you submitted your resume, and the time they came back with an offer letter. And if you were like the other 99% of candidates and submitted your application in response to the initial job posting from day one, you endured just about 2 months from application to offer. The bad news? This is incredibly frustrating, and often the norm. The good news? This is the norm. So stop worrying that you haven’t heard back yet.